Scott had a meeting in Chicago this past Saturday so we decided to pack the whole family up to go with him and visit family, as well.

This was the first (and probably only) time we all rode in a car for over 2 hours.  It is about a 5 1/2 hour trip from our house to Chicago and we knew there was no way the kids would make it all that way without stopping.  Luckily, Scott's sister lives in Springfield (about half way between STL and CHI) so we were able to get out, have lunch, and let the kids play for a bit.

There is this new outdoors/sporting equipment store in Springfield called Scheels.  It is huge.  We took the kids there to let them play for a bit. 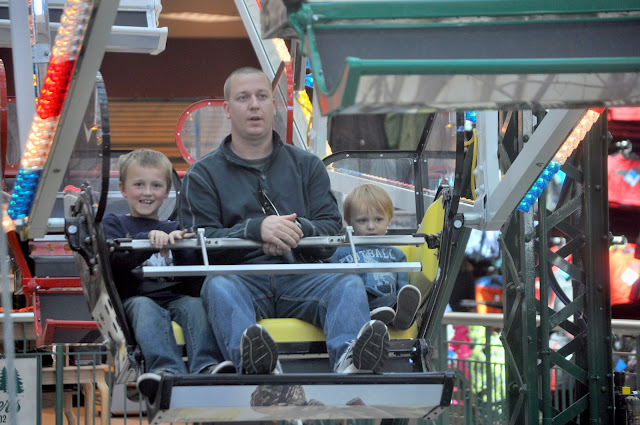 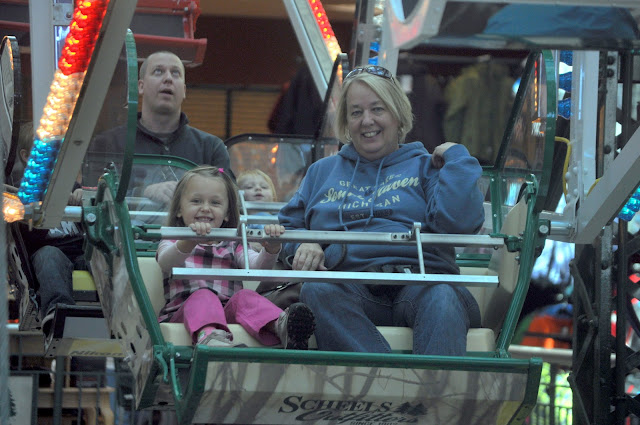 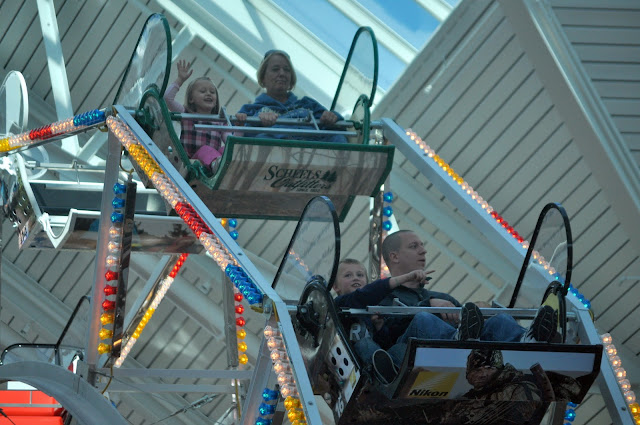 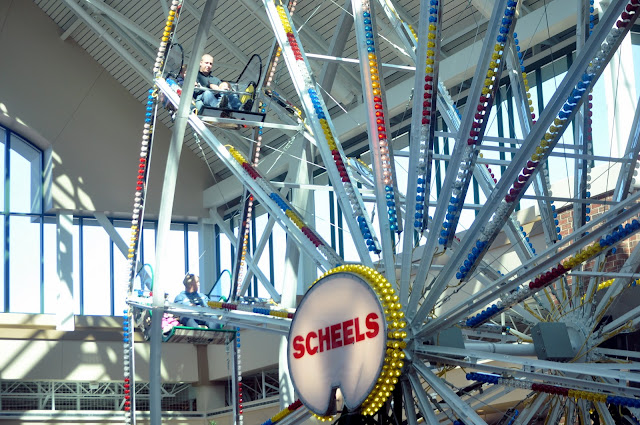 The kids loved this place.  There was mini-bowling, laser gun shooting, and a really cool aquarium with tons of fish. 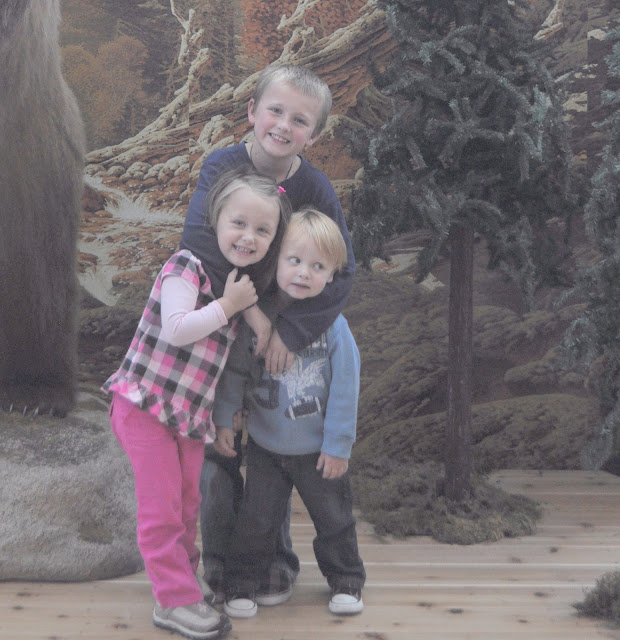 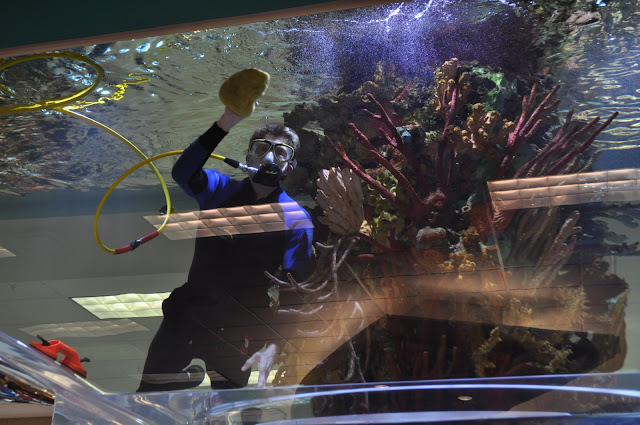 After having a great time in Scheel's, we packed the kids back up and headed on to Chicago.  Scott had an early meeting on Saturday morning so he dropped us off at his niece's house (Susie) and headed on to the hotel.  Friday night was pretty calm as we were so exhausted from the day of travel so we headed to bed pretty early.

Gracie was so excited to get to Kenzie's house (our great niece) and Kenzie was excited for Gracie to get there that they decided to have a sleepover and sleep in the same bed.  (This only worked until about 1:30am-ha!) 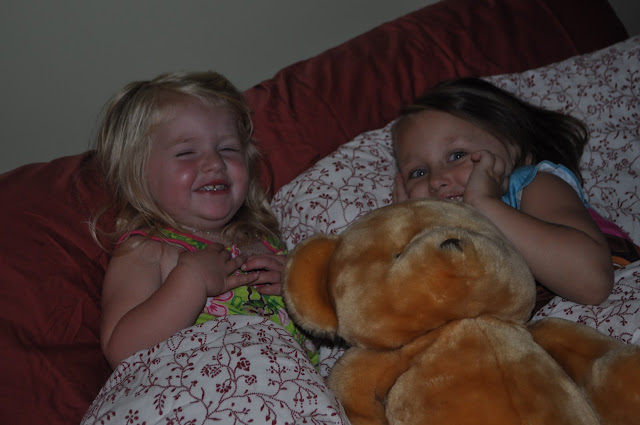 Before everything kicked off, my brother-in-law (John), sister-in-law (Sherri), and I took the kids to lunch at this really cute place called the All Aboard Diner. This place had great food and all of the kids loved it.  They have your typical diner counter but your food gets delivered by train. 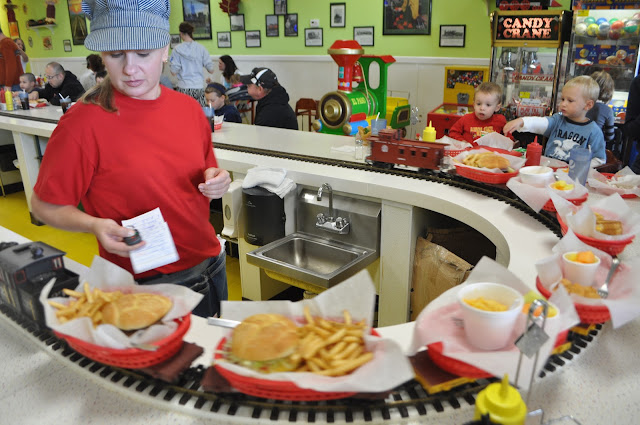 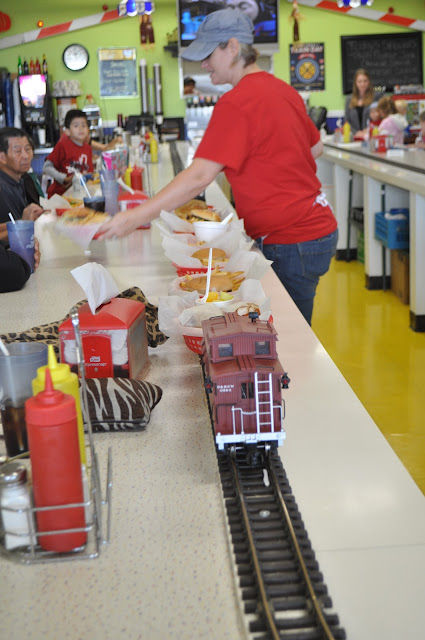 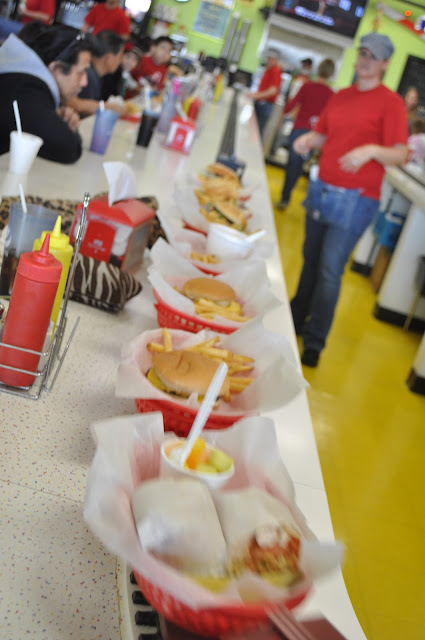 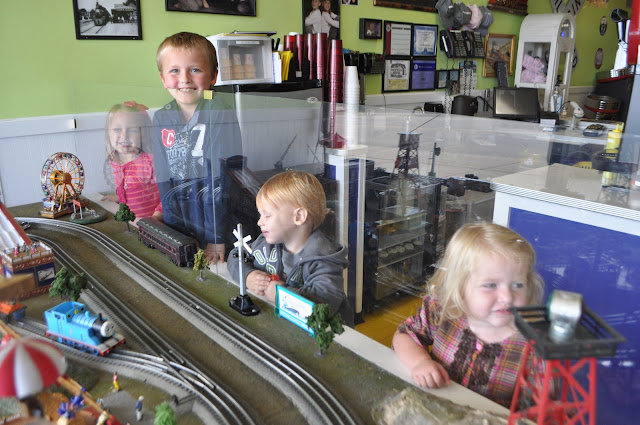 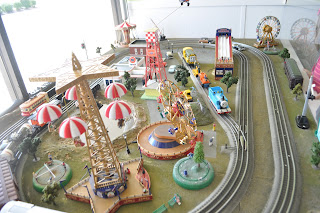 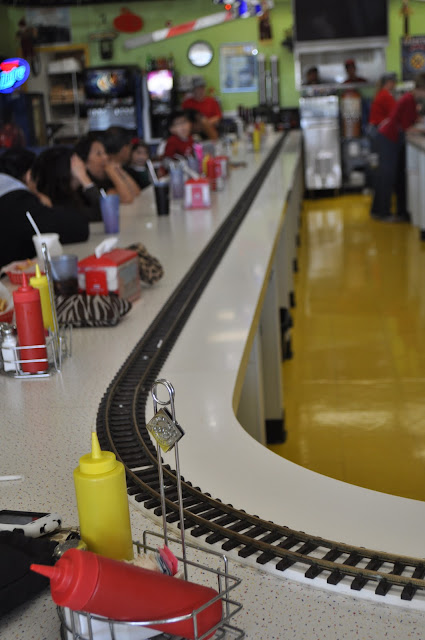 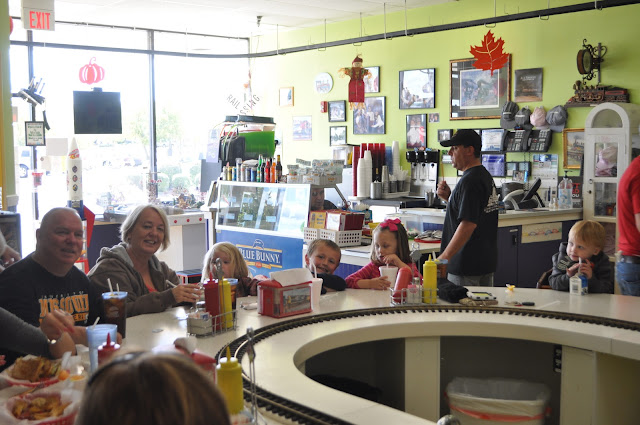 We picked a perfect weekend to go to Chicago because Doug and Susie were having their very own Oktoberfest party at their house on Saturday.  Gaga got back around 2:00 and the festivities started at 3:00.

Kanin had a great time playing catch with John and the little kids had fun on the car and in the play house. 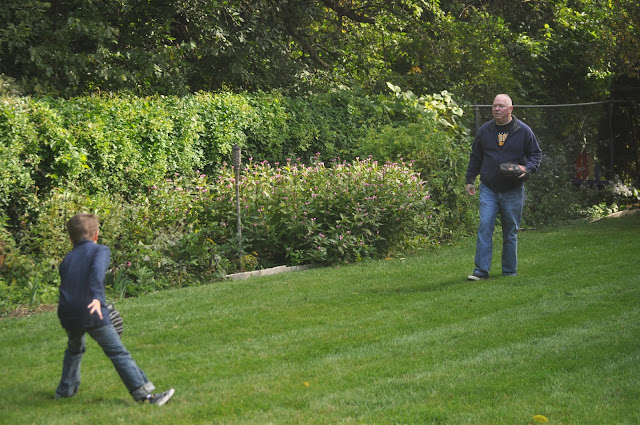 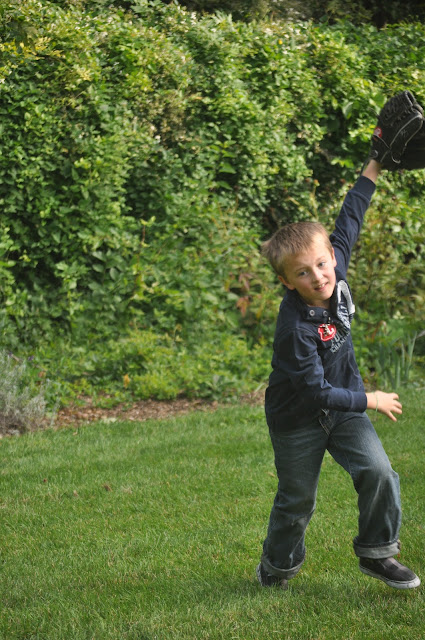 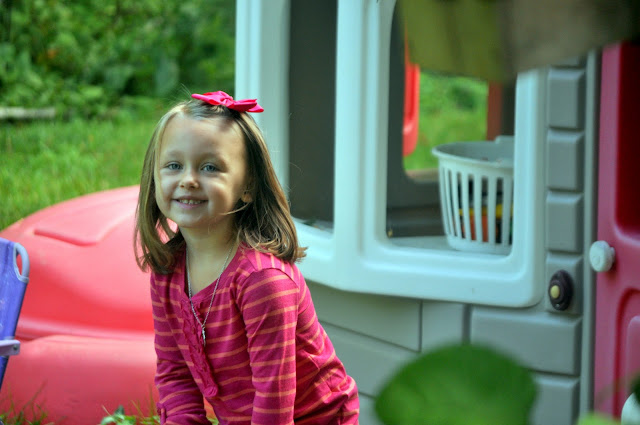 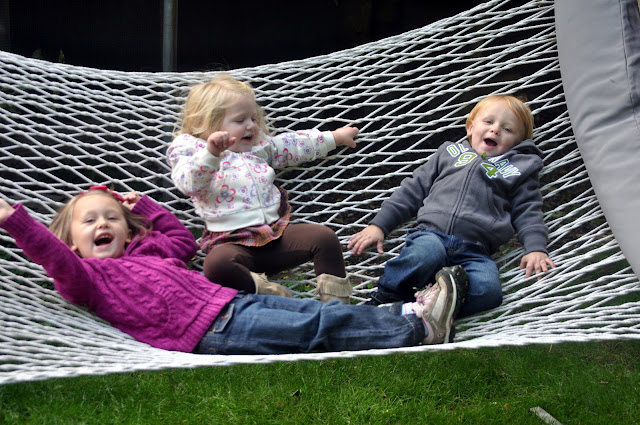 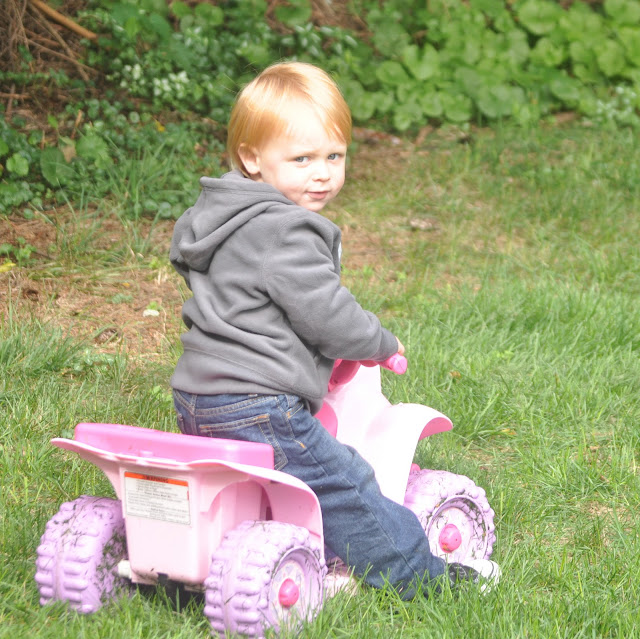 They had a chili contest with 7 chilies (only 6 were shown), a fire pit, and Doug's band Kharma (check their website out HERE)played music.  Doug had a little play guitar and Kanin sat out with the band the whole night and really thought he was part of the band.  It was so cute!! 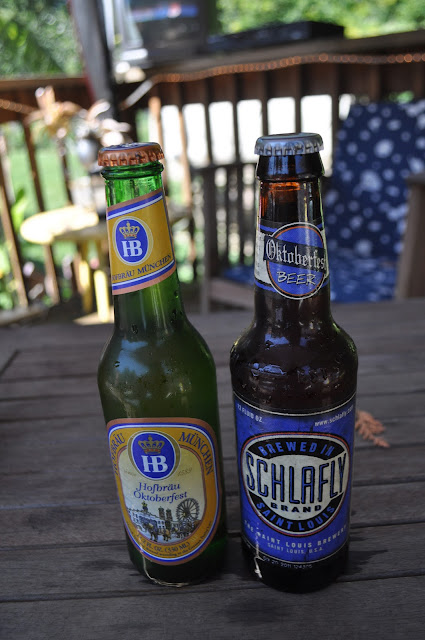 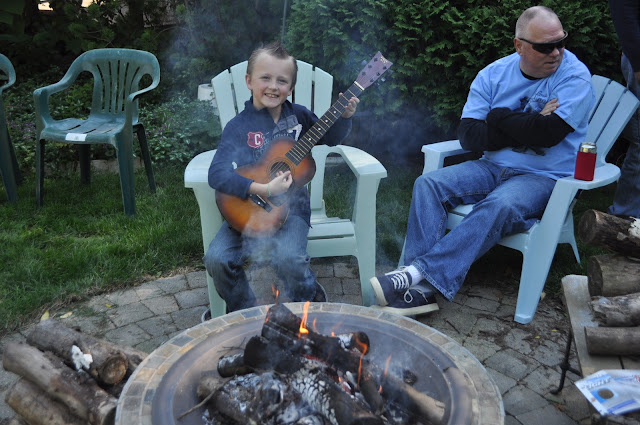 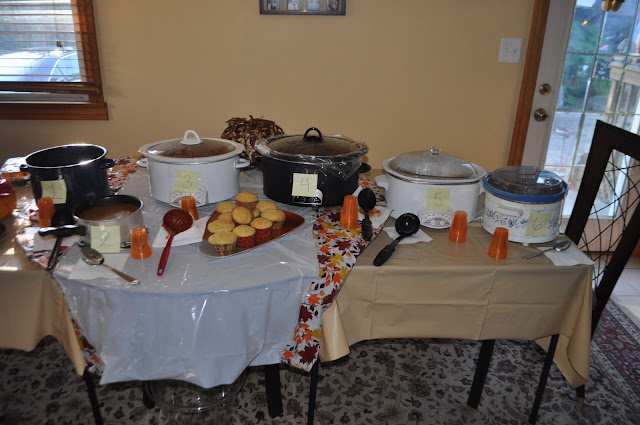 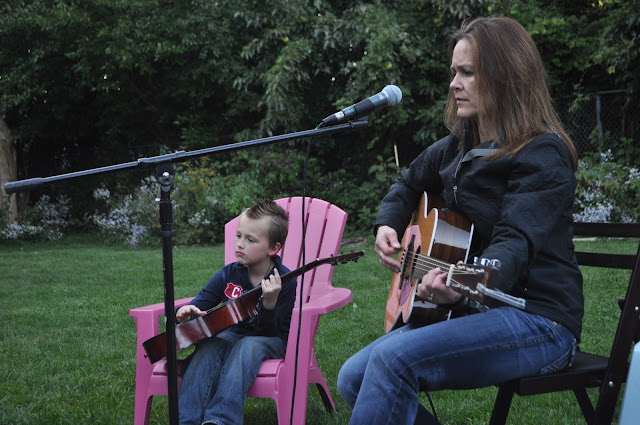 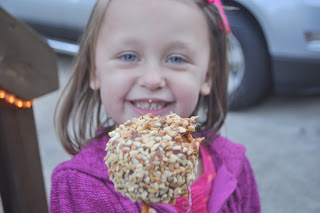 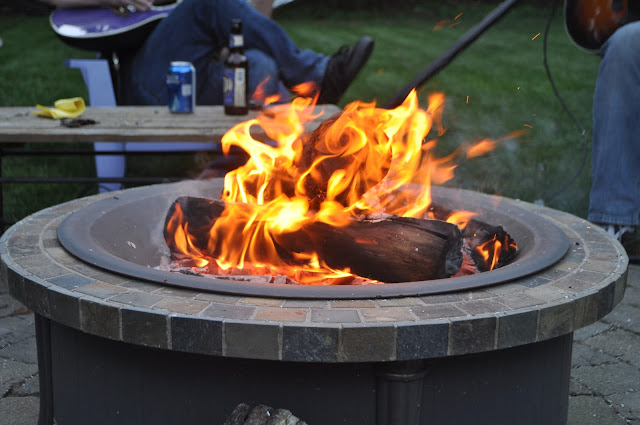 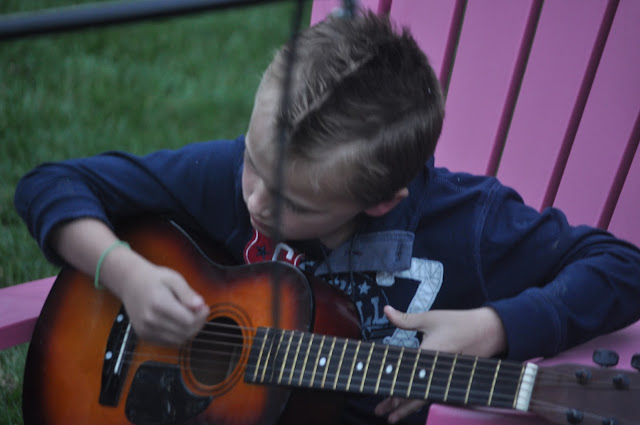 We had so much fun and hate that some of our family lives so far away.  Hopefully, we will be able to go up next year!
Posted by April Westerhold at 11:48 AM

Email ThisBlogThis!Share to TwitterShare to FacebookShare to Pinterest
Labels: Family